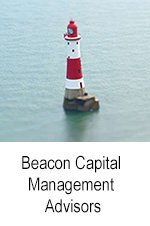 Dr V is a Cardiologist who receives a 1099 as an independent contractor of 400k. He is single age 37 and is taxed as a sole proprietorship. Dr V’s goal was to maximize his tax deductions. This client didn’t have a need to buy life insurance in the plan.

We setup a combination 401k and profit sharing plan with a fully insured defined benefit plan and he was able to make a contribution of $103,719 for 2016.

Dr V liked this solution because it satisfied several goals:

Here is a case study of a married physician with $550,000 of income. He has two children ages 4 and 2 and his wife works for the business. This client wanted to buy life insurance in the defined benefit plan since he was the income provider for his family and he wanted his family to have the protection.

Beacon Capital Management Advisors provides defined benefit plans to the self employed, entrepreneurs, independent contractors and small business owners and is registered in all 50 States. Contact us if you have questions and need advice or if you would like to receive a defined benefit plan proposal.